Because of the increased precautions being taken with COVID-19, many refractive surgery centers are recommending that surgical patients wear masks during their LASIK procedure. A recently reported phenomenon of fogging on the femtosecond laser applanation cone has been described, presumably due to warm, humid patient breaths escaping from around the mask.

This fogging phenomenon on the top surface of the cone can pose a significant issue with decreased surgeon visualization and attenuation of the laser beam, resulting in an increased risk of flap complications from incomplete and/or irregular laser dissection. Maneuvers to help prevent build-up of this condensation on the applanation cone include sliding the mask away from the applanation cone and/or securely taping the entire superior edge of the mask. If fogging is noted prior to applanation of the cornea, the mask position and taping should be re-examined and adjusted appropriately. If the fogging is noted after corneal applanation, the procedure should be aborted and the applanation cone should be replaced before proceeding with femtosecond flap creation.

Awareness, recognition and prevention of this fogging phenomenon related to patient mask use during femtosecond laser flap creation will reduce and hopefully eliminate the aforementioned flap complications.

Figure 1: Femtosecond laser applanation cones with an open iFS cone on the left and a closed Wavelight cone on the right. 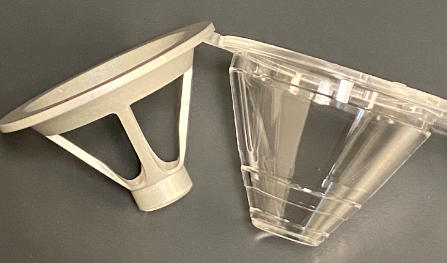 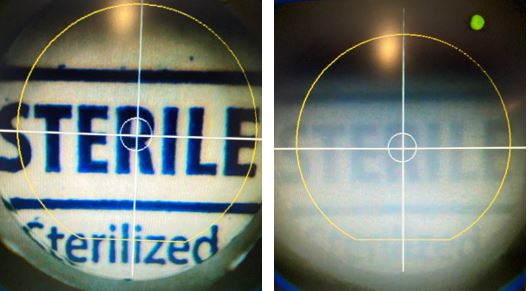 This Clinical Alert is also available for download as a PDF and will be published in a future issue of EyeWorld magazine.

We use cookies to measure site performance and improve your experience. By continuing to use this site, you agree to our Privacy Policy and Legal Notice.